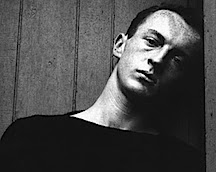 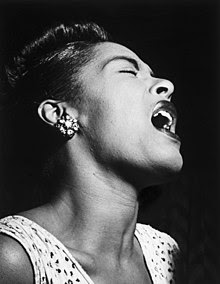 We're at week 7 of ModPo onto the New York School Poets including Frank O'Hara, John Ashbery, Kenneth Koch and Barbara Guest. The course begins with O'Hara's "The Day Lady Died", a poem rich with the details of life in New York City, immersing me back into a world so familiar to me it's part of the rhythm of my own breath, while still being entirely foreign and disconcerting (a dichotomy that was obvious to me on my last visit). Above all, the poem, which I'm not going to excerpt here, because it has to be read in its entirety, is the most striking, moving elegy to Billie Holiday, and perhaps to artistic greatness in general - the one vivid image that comes at the end and changes everything which precedes it.  This is a poem that begins and ends with breathlessness, which becomes its form. There is really only one very long, run-on sentence, made breathless with conjunctions and conjunctive adverbs ("and", "of", "then") which creates an impression of motion and busy-ness. Between the motion - the speed, are proper nouns in all caps ("NEW WORLD WRITING", "GOLDEN GRIFFIN", "PARK LANE", "NEW YORK POST", "5 SPOT"), which serve as markers, like neon signs that we pass on our way to the end point, which is not, after all, the Long Island dinner destination he mentions in the beginning ("Easthampton"), but rather, a moment in the past where aesthetic greatness is enough to stop the breath, stop the activity, stop everything.  This could be the most moving poem in the course for me so far. Go now, though I know you too are rushing to get ready for a dinner destination, stop everything and read: http://www.poetryfoundation.org/poem/171368
Posted by Magdalena Ball at 1:50 PM