Following is my third ModPo, essay, written on Frank O’Hara’s “Personal Poem” from his 1964 book Lunch Poems.  The full text of the poem, which is rather wonderful, can be found here: https://www.poets.org/poetsorg/poem/personal-poem

Frank O’Hara’s New York City is an absolute realm, an “urban world of fantasy” as Ashbery wrote in his introduction to O’Hara’s Collected Poems. Though “Personal Poem” seems spontaneous, the verisimilitude is constructed, pulling the reader into an imaginary present that feels real. There is serendipity here, as if the present tense could be continually refreshed through the artful innocence of the storyteller’s narrative. The poem’s title references O’Hara’s literary genre “Personism”, which imagines a conversation between two people, with an identifiable “I do this I do that” structure to mirror physical progression. The speaker invites the reader to walk with him during lunchtime in midtown Manhattan around 53rd Street, as referenced by The House of Seagrams. The “luminous humidity” evokes summer. Google Maps couldn’t give us a clearer sense of this world as we walk past buildings under construction and into Moriarty’s where the speaker is meeting LeRoi Jones (later Amiri Baraka) for lunch. The city is vividly evoked through action rather than imagery: “I get to Moriarty's”, “I shake hands with LeRoi…and go back to work”.

Despite O’Hara’s claims that Personism doesn’t use literary techniques, many are at work here. The ‘names’ O’Hara drops through the poem are carefully chosen. The abstract expressionist painter Mike Kanemitsu’s coin becomes a charm for the poem, functioning as synecdoche for the abstract expressionist artworld that anchors the speaker “in New York against coercion” (coupled with a broken travel bag). The silver construction hats also function as synecdoche, representing a working life that the speaker is both part of and free from as a successful poet in New York: “we don’t want to be in the poets’ walk in/San Francisco even we just want to be rich/and walk on girders in our silver hats”.

The meeting with the poet LeRoi Jones (later Amiri Baraka) is pivotal. Just stating the name LeRoi brings in an activist energy that speaks of Jazz and black rights, further enhanced by the reference to the clubbing of Miles Davis. Though the two meet in friendship and a literary congruence that feels luxurious, there is also a reminder here of O’Hara’s privilege and the sad political reality that separates the friends. O’Hara doesn’t have to fear clubbing by cops, while Baraka, like Davis, was beaten by cops a few years after this poem was published.

The rhythm creates a circular narrative designed to feel colloquial, with a carefully constructed rolling pace through the inclusion of only two pauses – one stanza break (a red light crossing pause?), and a single comma in the second stanza.There is no other punctuation. The poem starts with “Now” and ends with “so”, a circular progression that loops back to the start, the action ending abruptly but not conclusively.The minimal punctuation combines with enjambment (“never brought me/much luck”) to create a breathless sense of fast walking, with lots of conjunctions (and, but, and so) to keep the poem in motion as it swirls past a constructed city, the politics of race and class, while touching on the nature of fame, death and immortality, working naturally from the personal to the universal in a way that feels like a recount but also reminds the reader, metapoetically, that they are the one person in eight million thinking of O'Hara.
Posted by Magdalena Ball at 12:23 AM 0 comments

CR News is out for November

Hello readers, I’m pleased to report that all issues of Compulsive Reader newsletter have been marked as “delivered”.  You should have your copy now.  If for some reason it got trapped in spamville, you can grab a copy in the archive here: Compulsive Reader News 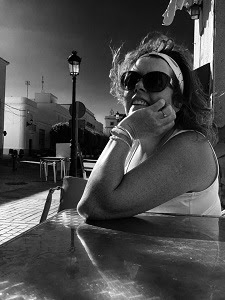 This month we’ve got 10 great new books featured including Shriek by Davide A. Cotton, Broken Branches by M Jonathan Lee, The Last Days of Jeanne D’Arc by Ali Alizadeh, Nevermoor by Jessica Townsend (and check out my interview with Jessica at Compulsive Reader Talks), interviews with Jane Owen, Monica Jephcott Thomas, Daniel Findlay, Pip Harry, and lots more, plus a roundup of the literary news, another great giveaway and plenty more. If you aren’t a subscriber, go now to http://www.compulsivereader.com and sign up for free (upper right hand corner).

Posted by Magdalena Ball at 3:45 AM 0 comments