Poem (As the cat) 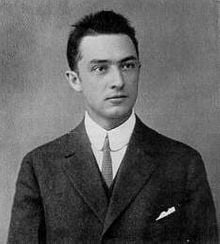 We’re just beginning week 6 (the beats!) of the wonderful annual 10 week session on modern experimental US poetry (ModPo).  William Carlos Williams (affectionately known as WCW) is actually covered in  week 3 and though I feel like I have an intimate knowledge of WCW’s work, once again, ModPo has given me a poem to work with that I’ve not read before: “Poem (As the cat)”.  We wrote our second essays in week 4, and critiqued others (a pleasurable activity that always yields new insights) through week 5. The full text of the poem follows:

As the cat
climbed over
the top of


the jamcloset
first the right
forefoot


carefully
then the hind
stepped down


into the pit of
the empty
flowerpot

William Carlos Williams’ (WCW) “As the cat” takes the form of a single sentence. The poem follows the progression of a cat as it climbs over a cupboard into an empty flowerpot. The poem uses simple prosaic language, and creates a clear visual. The poem is spare in form, and free of extraneous words, however, this is not a static poem, and there are subtle, but deliberate choices that open the poem to interpretations that belie its apparent simplicity.


“As the cat” is structured to flow in soft, cat-like steps of 3 and 4 syllable lines. This is a cat on the move. The poem opens with the word “As”, which appears to be a conjunction, implying that something additional is happening concurrently with the cat’s descent, though there is nothing provided for comparison. “Then” is the natural companion to “As”, providing the poem’s turn in the moment when the cat changes direction from up to down, almost in a breathlike motion: the stepping up being an inward breath and the stepping down being exhalation.


Many of WCW’s word choices are unusual. This is not any cat but “the cat”. This implies intimacy with the reader. We are meant to know that this is a particular cat, most likely one that belongs to the speaker. It could be a metaphorical or real cat, but it is a cat with agency. It takes the deliberate action of climbing, which involve effort, then it steps down, another act of effort. No human involvement is happening here, other than in the observation, which creates an observer effect, fixing the cat in its motion or arc: deliberately moving over and then down. The jamcloset hints at a similar type of industry, that of jam-making (plum jam perhaps?), though we have no indication whether the closet is full or empty, though we know it must have contained jam because otherwise it would not be called a jamcloset – an unusual word that in assuming the reader will understand, also creates intimacy.


The word “pit” is also unusual here. Flowerpots are normally not excessively deep, and to call their interior a “pit”, particularly in conjunction with “empty” implies a kind of meaninglessness. This is more than just a visual image, but rather it’s an image of desolation that hints at death. There is a sense in the construction of this poem that by fixing the cat in this Sisyphean activity of climbing over the jamcloset and into the flowerpot, we are in fact keeping the cat in this state of agency, and thereby somehow cheating death. Of course the poem leaves this kind of extended interpretation solely to the reader. It merely provides a series of steps, rhythms, particular word choices, and the image itself, but by focusing such intense concentration on a single, ordinary, moment in time, the nature of that concentration creates this transcendence. This seems to me to be the very essence of the Imagist ideal.

Posted by Magdalena Ball at 4:19 PM