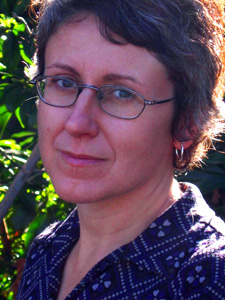 I had the pleasure of talking with poet Lucy Dougan on my radio show, The Compulsive Reader Talks, today.  In addition to reading five exquisite poems from her new book The Guardians, Lucy talked with me about a wide range of topics. This included such things as the notion of masks as roles, poetry as archeology that uncovers layers of ourselves, genetic inheritance, poetry as a way of looking at biology, the metaphoric use she makes of animals, including her well-trained mice, poetry as craft and craft as poetry, on the subtle humour that runs through her work, on Agape or selfless love and its power, and the nature of health.  You can drop by for a listen here:
http://www.blogtalkradio.com/compulsivereader/2015/07/27/lucy-dougan-on-the-guardians-1
or click on the widget to the right on this blog or at The Compulsive Reader.
Posted by Magdalena Ball at 12:23 AM 0 comments 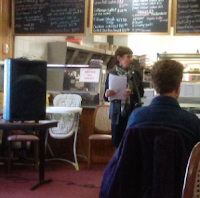 Last month was the inaugural Poetry In The Lake Mac Pub, and I was delighted at how big a crowd this first session drew. The pub was packed.  It wasn’t just poets either, though there were plenty of poets reading their work, including the wonderful Jean Kent, who read to us from her new book The Hour of the Silvered Mullet. People also came just to listen, to read the works of their ancestors, and to recite their favourite classics: one fellow did a reading of “Ozymandias" that Kenneth Branagh would be envious of, and another recited “Jabberwocky” perfectly, entirely from memory. Kudos to poet Linda Ireland - pictured on the left - who organised and beautifully MCd the session.  Poetry in the Lake Mac Pub is a monthly event, running on the second Sunday afternoon of each month from 3.00 pm to 5.00 pm.  The next one is this coming Sunday, the 12th of July. Come along and participate in open mic readings of your work or another's. Or simply come to listen and enjoy the relaxed and convivial atmosphere (food, drinks and coffee/tea all available from the Bistro). This is a free community event, which takes place in the Lake Mac Tavern in the main street of Morisset (opposite the station).  Hope to see you there!
Posted by Magdalena Ball at 3:40 PM 1 comments

Compulsive Reader news for July is out and about 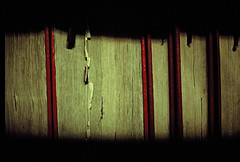 I’m happy to report that the Compulsive Reader newsletter for July has now gone out and should already be in your in-box. This month’s edition features a new set of 10 reviews including Lucy Dougan’s The Guardians, April Bloomfield’s A Girl and Her Greens, Rebecca Makei’s Music for Wartime, Flash Fiction International, Beth Spencer’s Vagabondage, Graham Stull’s The Hydra, Raymond L Atkin’s Sweetwater Blues, along with interviews with Judy Reeves, Nuala  O’Connor, Phil Harvey.  There’s also tons of literary news from around the world, and four new book giveaways, including Kundara’s latest The Festival of Insignificance, a pretty little hardcover book which I’ve got in my hot hands at this very moment.  If, for some reason, your spam filter has eaten it, you can grab a copy online here: The Compulsive Reader News. If you aren’t already a subscriber, just drop by The Compulsive Reader and sign up for free. We only send out one newsletter a month so you won’t be inundated.  You also won’t want to miss our podcasted interview with Beth Spencer, who reads from Vagabondage, and talks about the book, and her year on the road.  You can listen to at the site or at the podcast here: http://www.blogtalkradio.com/compulsivereader.
Posted by Magdalena Ball at 8:04 PM 0 comments